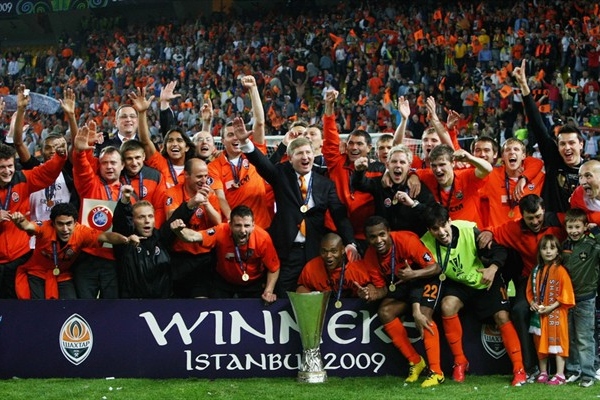 Shakhtar surprise
Leading up to the game Mircea Lucescu had made much of the apparent clash of footballing cultures, Shakhtar's technically-driven defensive play against the bustling, muscular attack of Bremen. Yet with Tomáš Hübschman suspended he opted to spring a surprise, with Willian starting as the indefatigable Fernandinho dropped into an unaccustomed defensive role. Fernandinho's willingness to expend himself meant Shakhtar invariably had a man over as they subtly weaved forward, but to do so they needed possession and without one of their recognised ball-winners the Ukrainian side were left chasing Bremen shadows for long periods.

Lurking danger
But when Shakhtar did get the ball they looked menacing. Adriano had dragged wastefully wide with only Tim Wiese to beat on six minutes, but made no mistake when presented with his next opening. Răzvan Raţ's pass out of defence was perhaps meant for Ilsinho, but with the Shakhtar No11 running into referee Luis Medina Cantalejo the ball continued to the lurking Adriano who had the time and space to deftly chip over the advancing Wiese. He could have doubled the advantage moments later after good work by Willian but blazed high and wide and he was soon made to pay as Bremen, until then inert as an attacking force, profited from Pyatov's spill.

Lewandowski openings
Back came Shakhtar's five-pronged Brazilian attack. Their waspish runs and intricate passing was drawing the Bremen back line, leaving space that Mariusz Lewandowski twice came close to exploiting before half-time, Bremen grateful for an acrobatic Wiese save and Sebastian Prödl's last-ditch clearance. It was more of the same after the restart, Wiese beating away Jadson's free-kick and Adriano enjoying the kind of service that Markus Rosenberg and Pizarro could only envy. How Bremen could have done with the guile of the suspended Diego, his appearance on the Sükrü Saracoğlu pitch prior to kick-off in jeans and shirt merely emphasising his absence.

Late openings
Sitting in the stands, the Brazilian international would have been grateful to see Shakhtar's attacking verve subside as the match became congested, an errant cat providing the only real width for a time. Yet it was anybody's game. Jadson warmed Wiese's hands with a smart volley, while at the other end Aaron Hunt almost made an immediate impact after replacing Rosenberg when Pyatov could only parry Pizarro's header towards him at the far post. The excellent Olexandr Kucher got there first, making this the fifth final in ten years to go to extra time. Yet Shakhtar ensured the UEFA Cup ended on a note of originality as Jadson's goal secured Ukraine's first European silverware since independence. 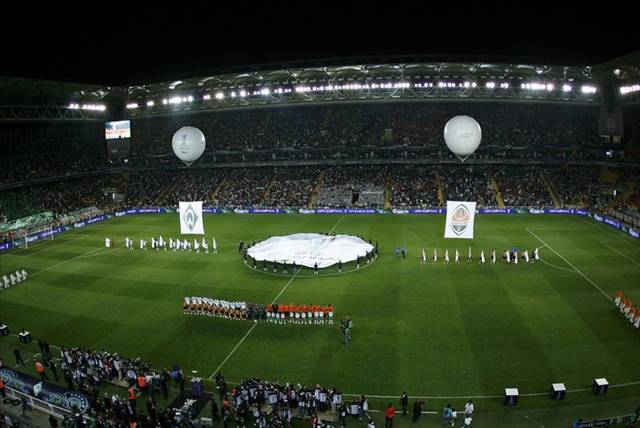